Earlier, a big update was rolled out for the Sims 4 which made a lot of changes to the game. But after the Sims 4, Patch 1.34 Update players are still facing some issues. The last update came with some great gameplay changes which also included bugs in the game. So the new update 1.34 is just here and to focus on the bugs that came with the last update. 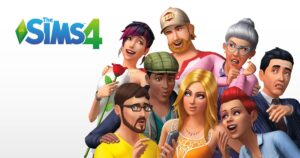 The Sims 4 is a very popular game among the players, it is based on life simulation. In sims 4, players have to make their own character and they have to control that character’s life. They can explore by using their character in the game. The Sims 4 is a single-player video game.

EA has released a small update for Sims 4 and is now rolling out for the users to download. The Game is rolling out on various platforms such as PS4 and the Xbox One. The Sims 4 Patch 1.34 Update PS4 makes some bug fixes and doesn’t make any major changes to the game.

Hey Simmers, a new patch was just released to fix the excessive crashing on PC/Mac. We’re still working to get the same patch out to our Console players ASAP. Patch notes are below, please lemme know if you’re on PC/Mac and still having issues, thanks! https://t.co/nm6Yyb2ZuM

The PS4 and Xbox One are now getting the new update for sims 4. Here is another tweet for the same from the TheSimCommunity Twitter handle have a look.

The hotfix is now available for #TheSims4 Players on Xbox One and PlayStation 4! https://t.co/dNws82pg1s

The Sims 4 Patch 1.34 Update PS4 comes with some minor bug fixes, have a look at them.

Hopefully, you will like our approach on Sims 4 Patch 1.34 Update PS4.