Riot Games then decided to roll back the Valorant 1.11 Update. Many players were continuously reporting the new issue which the new update was causing to the game. Now after the Riot Games has rolled back the Valorant update 1.11 so now the game will continue to run on Patch 1.10. Early on 28th October the Patch 1.11 was rolled out for some regions like North America. 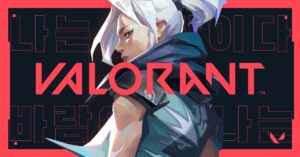 Real talk: 1.11 has been a technical nightmare.

In 30 minutes, we’ll be rolling back the patch for North America, Brazil, and LATAM (one at a time). We’re also delaying all other regions until we get a fix. We know we’ve said this every patch, but thanks for sticking by. [1/2]

Later Riot added one more tweet which you can see here.

We’ll redeploy later in the week once we can figure out a less disruptive time for the VALORANT First Strike Qualifiers (and have a solution, obviously). If you started the Skye character contract, you won’t be able to progress until we patch again. [2/2]

In this tweet, they explained that will be again rolling out update 1.11 this week later until the developers find the fixes for the issues caused in patch 1.11.

After the Valorant Update 1.11 Rollback, you can see that fans are getting disappointed with the rollback and raising questions on the Riot Games. On the Riot Games post on Twitter, one user said that Fortnite is better than Valorant you can see his tweet here.

This fan is clearly looking disappointed and let’s have a look at this fan tweet.

Honestly Genshin Impact is literally like watching Anime and gaming at the same time.. it’s depth and satisfying rewards/upgrades is what I wanted from Zelda BotW, which I also loved regardless because of the exploration. I love this game LOL i’m so glad I tried it out 😭