Tekken 7 Season 4 Patch Notes: Players are excited about the Tekken 7 new update. This update is with a new season in the game. Season 4 will have some great new characters and the trailer is already out.

The Tekken 7 was first out in 2015 and became popular like Tekken’s other series. The Tekken series is already so popular among the fans and the release of Tekken 7 has boosted the popularity of the series. 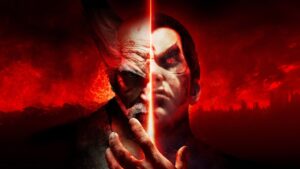 Tekken 7 is published by Bandai Namco Entertainment. Tekken 7 is a fighting based game. In the Tekken series, it is the 9th title.

The Tekken 7 Season 4 Patch Notes are one thing in the Tekken 7 for which fans are waiting for so long. But with the Tekken 7, Season4 announcement fans thought they patch notes for season 4 will be out very very soon. But Bandai Namco Entertainment has disappointed the fans.

Here is an official tweet from the Tekken 7 Producer, Michael Murray. In this tweet Michael Murray has said that “November is already here in Japan, He knows that fans can’t wait for the Tekken 7 Season 4 to come out, but fans have to wait a little more for the Patch.”

It’s November already (in Japan at least)! I know you guys can’t wait for more info, but just a little bit more. Hey, isn’t there a TWT online this coming weekend?

There is only one new confirmed character so far for Season 7 but more characters are expected to be announced soon.

Kunimitsu is a fighter in the franchise of Tekken since Tekken 2 has been out. Kunimitsu is a girl fighter, She has also appeared in the Tekken Tag Tournament.

There’s additionally set to be another stage and new character declared for Season 4, which will be turned out in “late-winter 2021. 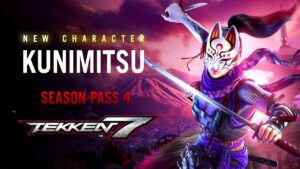 The Tekken 7 Season 4 is one of the most awaited seasons for the fans. Due to the global pandemic, the season has become most awaited but now it is finally coming out for the players. Bandai Namco has announced the date for the Tekken 7 new Season. Season 4 will be out on the 10th of November.

The Tekken 7 Season 4 Patch Notes will be out there on various platforms like Microsoft Windows (PC), PS4, and Xbox One. The game later might come on the next-gen gaming consoles like PS5 and Xbox series X and S.

Here is the official trailer of Tekken 7 Season 4. This trailer was uploaded on Bandai Namco Entertainment’s YouTube Channel on September 26th, 2020, have a look on it.