The Teamfight Tactics Update 10.22 Patch Notes is following the steps of League of Legends and has released on the same day as the league of legends. Both games got their latest patch on October 28, 2020. Both of the patches are proceeded  by a server downtime. And if you want to know when the servers will go offline by checking out the article from League of Legends website or twitter then you can finds links for servers tracking in this article. 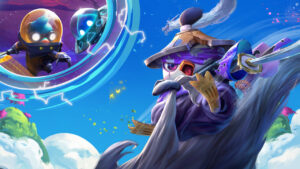 So below are the TeamFight Tactics Update 10.22 Patch Notes have a look on them.

So, there are a lot of changes that are going to happen in this update and we will discuss them one by one,and the first one in the lineup is Teamfight Tactics 10.22 Traits Balance Changes, have a look on them.

Track Teamfight Tactics Server Downtime: Riot Games official twitterTo track the servers downtime of the game, you can do two things. First, just follow the handle, the second thing you can do is follow this link or click here.