The Sekiro game is so popular so before talking about the new game update let’s look at some facts about Sekiro Game. Sekiro: Shadows Die Twice has collected so much praise for its gameplay which has won fans’ hearts and became “Game of The Year”. So the developers introduced a new edition of the game which is “Sekiro: Game of the Year Edition” or “Sekiro GOTY”. Sekiro was released in 2019 in late March.

Now let’s see what is the Sekiro New Game Mode and what Sekiro new update features. 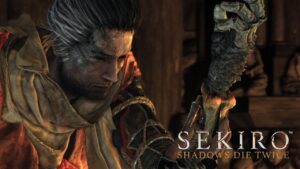 A free update is scheduled for “Sekiro: Shadows Die Twice” that adds a few new features. Whether you’re familiar with Sekiro or have yet to play it, we hope this update brings some small joy. Please check the link for details. Thank you for your support. https://t.co/QDqfXZrVKe pic.twitter.com/YdU8QaPZ3J

What is the Sekiro New Game Mode

By looking at any one of the games’ many Sculptors’ Idols, you will be able to take on any boss you defeated previously in the game. Once you have improved your skills you will be able to take on many more bosses one by one by looking at the next Gauntlet of strength mode. It’s not like in the main game where you can use a protagonist Wolf’s ability to get back to life to get more chances to defeat the boss. In this, you will have only one life.

The new game mode features much more added by FromSoftware. This mode added more outfits for the characters that you can use in the game. All outfits are cosmetic in nature and you will unlock them with your achievements.

They have also added a feature called Remnants. The thinking behind this is that if you have played any of the past studio games. Remnants will allow the players to record a message up to 30 seconds of gameplay.

The Sekiro: Shadows Die Twice will be available to download on various platforms and will cost you around