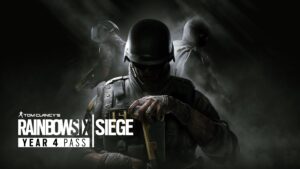 The Rainbow Six Siege Sugar Fright Event will be starting on 28th October. This thing was revealed by the trailer which was posted on Ubisoft’s YouTube Channel. The new update shows that a series of firefights were revealed in a new or reworked map. The strange thing about the new Rainbow Six Siege October 27 Update is that each character looks like a puppet.

In that update, players used to play as invisible monsters or wield huge hammers. But the Rainbow Six Siege October 27 Update looks very different from what was done the last time. We don’t know if the puppet skins will stick to the models or not after the event is over but they are cute, well designed, and looks disturbing.

In this update, the players will enter into a new and colorful map and the players can also select one operator turned puppets out of ten. The teams will have to battle against each other in which they have to fight their enemies and also they can collect 50 candies from the body of the defeated enemies. But for the very first time, in the history of Rainbow Six Siege, players can respawn themself after they are dead.

The puppet skins will automatically be activated after the event starts. But to unlock the skins permanently, the er can buy the skins with real money or with in-game money. With this update, Ubisoft is taking a sillier approach with one of the most popular franchises. This event will start on October 27 and will end on November 10.