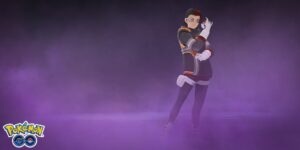 Beating Rocket Leaders isn’t as easy as it looks. And it becomes more difficult, when you don’t know or when you are not familiar with the counters.

As the leader’s lineup is selected randomly from a little selection of Pokemon. So it becomes very important for a player to know about the counter of the enemy. Also, in the month of November, the players have to make a different strategy. A special counter and a different strategy are required for each encounter. And if you need more help to beat any other Team Rocket Leader, we will request to check out our other guides.

The Pokemon Go November Update has arrived. It comes with an Inter-egg-sting development with tasks and rewards. In Pokemon Go November 2020 Update, one of the tasks is to beat Arlo, the Team Rocket Leader. This guide will help you in beating Arlo in November 2020. To beat Arlo in November, you first have to his weakness and his counters that you can use while fighting with Arlo. And even before that, you must his lineup of Pokemons that he uses in the battles.

Some of the Arlo Pokemon are Charizard, Growlithe, and Scizor. First, let’s have a look at Arlo’s Lineup of Pokemon.

How to beat Arlo in November 2020: Arlo’s Lineup of Pokemon

How to beat Arlo in November 2020: Arlo’s Pokemon Counters

Here are the most useful and most effective moves against each of Arlo’s Pokemon.

Growlithe is weak to Rock, Ground, and water-types. Here is a full list of Pokemon and their moves that can counter Growlithe.

Blastoise is only weak to Grass-types. And here the best counters and the list of Pokemon with their moves.

Charizard is weak to Rock, Water, and Electric-types. Have a look at the list of pokemon that can counter Charizard.

Scizor is weak to fire. Here is the list of Pokemon that can counter Scizor.

Dragonite is weak to Rock and Ice-types.

Salamence is weak to Ice, Rock, and Dragon-types.

Hopefully, this guide will help you on “How to beat Arlo in November 2020”.