So here we are with a full guide or tutorial which will help you in the Genshin Impact Radish Location finding. In this guide we will cover the locations, we will also cover what are the recipes to make from the Radish and we will also share a video tutorial on how you can do these things. 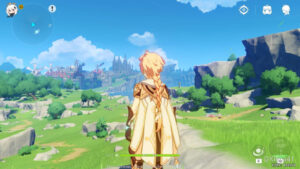 The radish is an ingredient for cooking that a player can use in various food recipes such as Radish Veggie Soup and the Radish Balls. The Radish is quite rich in nutrients as well as fibers.

The Radish can basically be found in the wild areas of Genshin Impact. For that, you have to explore a bit but don’t worry we will share the exact locations where radish can be found, as well as some youtube videos which will help to go to the exact location. Also here is the event that is going on from the 26th of October to 02 November, 2020.

So these are the Genshin Impact Radish Location:

So after you find radish in the game, you must be wanting to know what are the recipes that you can from the radish as well as how to cook them. Have a look at the recipes.

So these are the recipes to cook from radish:

How to cook Radish Veggie Soup?

You need two ingredients to cook the soup.

The Radish Soup will help you to restore the HP of the character up to 8-10%. The soup also helps the player to regenerate the HP from 210 to 300 every 5 seconds for the next 30 seconds.

How to Cook Fried Radish Balls?

So these are the ingredients that you are required to cook Fried Radish Balls.

This dish will boost the ATK from 65 to 92 of all the party members for the next 300 seconds.

The game is available to play on various platforms, and here we have listed them. Genshin Impact can be downloaded on: