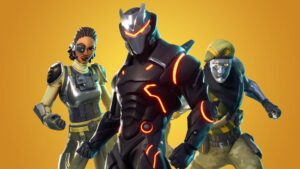 Here are the Patch Notes and Some Fixes which are done by the makers.

The Fortnite Patch 2.91 was a midweek update to the game. The good news that comes with this small and tiny update is that there will be no server downtime after this update. And now players can once again jump into the action after installing patch 2.91.

With the good news, there is also bad news, but we preferred to provide you the good news first. Now let’s discuss the bad news. So the bad news is that the Fortnite Patch 2.91 Size doesn’t contain any major update and the update will not make any changes to the main battle royale.

On the other side, Party Royale players are lucky. Patch 2.91 will only make changes to the mode. However, the mode was disabled and has been re-enabled again.

The new update fixes a major bug on the Android as well as Nintendo Switch and makes some control adjustments on the android platform.

After an hour or so the developers added some more replies to the main tweet which contained the new of Patch 2.91.

Party Royale issues have been resolved.

After the update news came out a user replied to the main tweet which contained updated news, “Fortnite is dead” to which the official Twitter handle of Fortnite replied, “Fortnite is Undead”, which looked so funny so we thought of adding it here.