The Horror multiplayer game has just got updated to version 2.06. This update makes some minor gameplay improvement which we discuss in the later part and also got some bugs fixed with patch 2.06. The developers, Behavior Interactive have only fixed some minor bugs and the update 2.06 patch does not make any difference to the main game like you will not see anything new in the game. Those, who want to know every small detail and bug fixed to the game can have quick look at the patch notes of Dead By Daylight Update 2.06 Patch Notes. 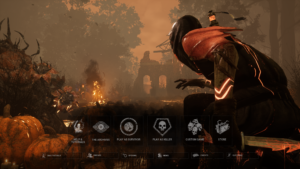 There are a lot of bugs fixed in the game and here we have listed them all.

The Dead By Daylight Update 2.06 Patch is already available to Update/Download. You can download this update from various official gaming platform stores. The Game is available to download on almost every gaming platform, on which you can game like mobile, pc, and consoles. Here is the supported platforms list:

The Game is available to download on almost every gaming platform. Let’s see, how to download Dead By Daylight for PC, Xbox One, Nintendo Switch, PS4, and Android.