DBZ Kakarot October Update: The Dragon Ball Z game is adding some new modes that are quite unrelated to the main game. With the DBZ Kakarot, October update the developers have added some entirely unexpected new mode which we will discuss later in this article. The DBZ Kakarot October Update is going to be released on the 27th of the month. This is a part of a completely free update to the main game. This update will add a new mode to the game.

This player will also be able to play the game online. With the DBZ Kakarot, October Update the players will be able to challenge other Dragon Ball players worldwide and also in casual rank matches. 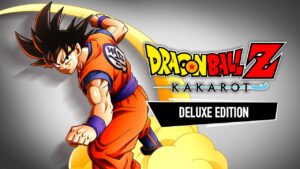 So let’s discuss DBZ Kakarot October Update and what are some expected and unrelated things which don’t make sense to update the game.

In the Dragon Ball Z Kakarot October Update, there is a new game mode introduced by the makers. With this new mode, players will be able to play online and they can challenge worldwide players also they can play casual rank matches with this new mode. The Players can also play monthly tournaments with this new update and the new mode.

The new update will be released on October 27.

The new mode is named The Dragon Ball Card Warriors. In this new mode, the players will need to create two decks of cards in which a main 25-card deck and a special deck of five “SP” cards. The normal deck is a blend of character and event cards, with characters framing your hostile power and event cards causing impacts on the fight.

You will only be able to activate SP Cards once a certain condition has been triggered with the event cards. But the player has summoned then the player can turn the tide of the battle. The whole new mode is a bit complex as it contains a lot of conditions and elements together in the game and makes the game confusing. If you are confused and didn’t understand anything then you can check out the trailer by the developers Bandai Namco Entertainment.

Here is the trailer of the new DBZ Kakarot October Update which was posted on Bandai Namco’s Official YouTube Channel.

DBZ Kakarot is available to download on various gaming platforms. Have a look at them.

DBZ Kakarot is available to buy on various stores and websites depending upon the platform.