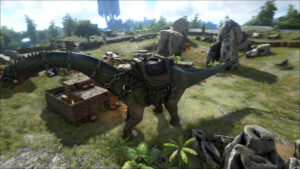 Here are the complete details of Ark Survival Evolved Patch Notes 2.40, have a look at the notes: